Learn more about our revered Distinguished Citizen Award and our cherished recipients whose dedication to civic duty fulfills the highest ideals of our nation’s Founders. 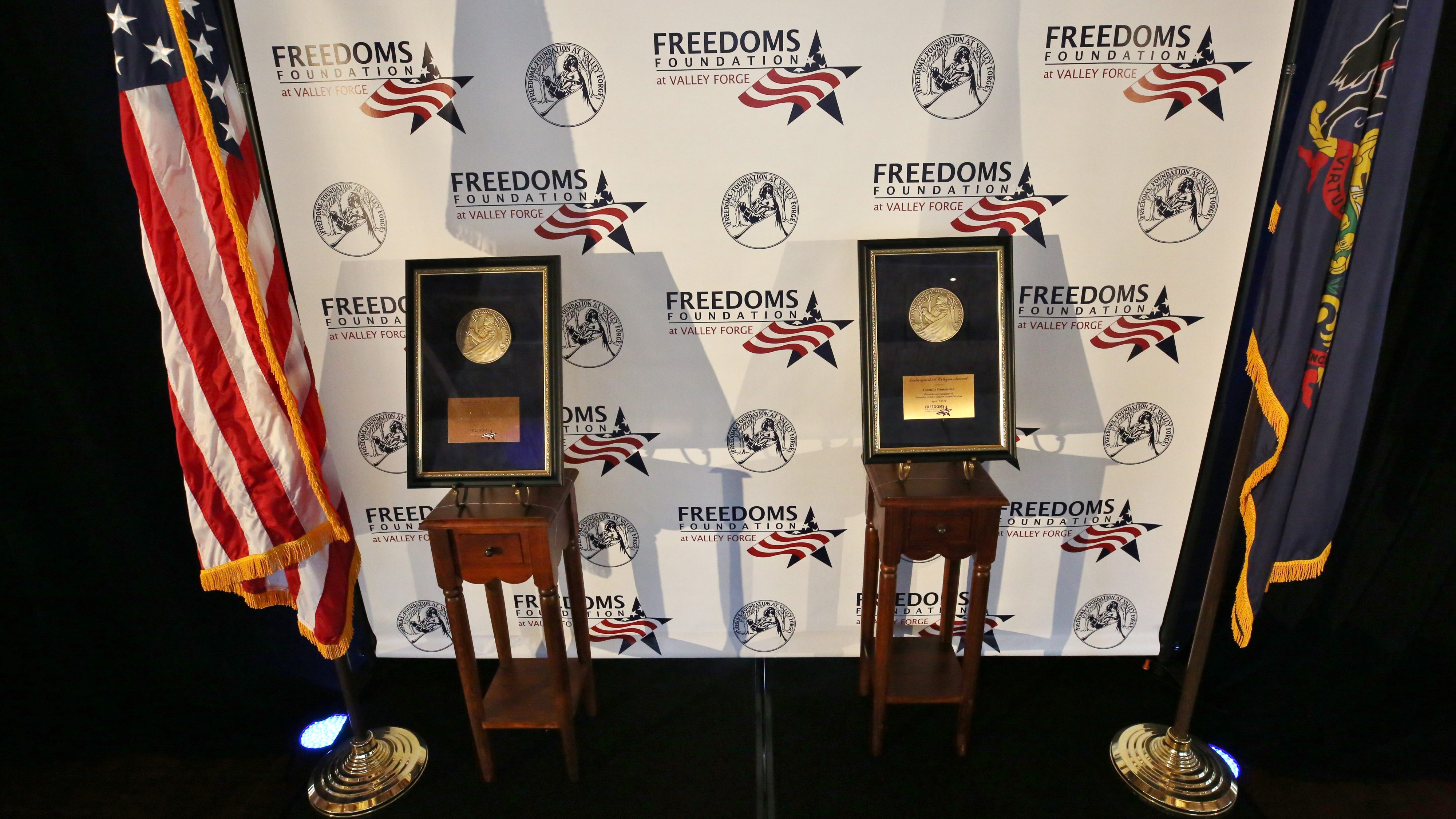 More than 260 outstanding individuals and organizations have received Freedoms Foundation’s Distinguished Citizen Award for actions that demonstrate civic responsibility and a lifetime of service their community.

This recognition is reserved for those whose dedication to civic duty fulfills the highest ideals of our nation’s Founders.

William P. Benac, Sr. and Mark W. Romney are the Co-Founders of the DFW Alliance for Religious Freedom which brings together people of faith, business, politics, and general interest to jointly promote and defend religious freedom. The Alliance seeks to discuss public policy without being political, focusing on the respect for the rights and beliefs of all believers.

Thanks to efforts to be ecumenical in its outreach, the Alliance continues to grow and now represents all of Texas and expects to be a model for a national organization with chapters in every major city and region in the country.

Bill is also the President of the Foreign Advisory Board of the Pathways India, a charitable institution that serves poor as well as physically and intellectually disabled children and adults.

Mark is also the President of Romney Law Firm, sits on the Faith Advisory Committee of the Dallas Morning News and serves as president of the Dallas Texas Stake of The Church of Jesus Christ of Latter Day Saints.

The Lynde and Harry Bradley Foundation, led by President and CEO Rick Graber, pursues a mission to restore, strengthen, and protect the principles and institutions of American exceptionalism. Located in Milwaukee, Wisconsin but supporting non-profits around the nation, the Bradley Foundation focuses on four priority areas: Constitution Order, Free Markets, Civil Society, and Informed Citizens.

In addition to their grants, the Bradley Prizes recognize individuals whose scholarship and achievements influence the national debate in the belief that political and economic freedom leads to greater opportunity, prosperity, and quality of life. Past recipients include Freedoms Foundation friends Professors Allen Guelzo and the late Walter E. Williams.