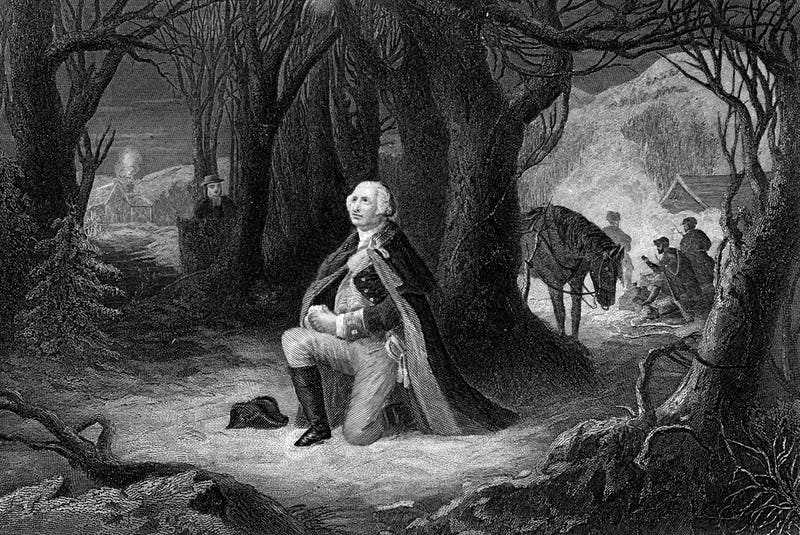 On Memorial Day, Valley Forge reminds us that true friends
of freedom are few, but a small rudder turns a large ship

David Harmer, president and CEO of Freedoms Foundation at Valley Forge, was recently invited by the Dallas Morning News to submit an op-ed for Memorial Day weekend. The essay was published online May 24 and will likely appear in print sometime this weekend.

“Memorial Day memorializes those who gave their lives to launch and sustain the American experiment. For me, their sacrifice is never far from mind, as my office borders the site of the Continental Army’s encampment at Valley Forge, crucible of the American Revolution.

“Only steps away stands the small stone home that served as Gen. George Washington’s headquarters during the brutal winter of 1777- 1778. Scattered nearby are replicas of the low log huts his soldiers built and occupied, 12 men huddled in each, barely sheltered from the bitter cold.

“A year and a half earlier, the Second Continental Congress had boldly promulgated the Declaration of Independence, with its inspiring assertions of unalienable rights. But the exuberance of 1776 had dissipated. Declaring independence was challenge enough. Securing it over the armed opposition of the planet’s preeminent military power proved orders-of-magnitude harder.

“What the founders drafted would matter little but for the service and suffering of the soldiers. And the army would not have survived, much less triumphed, but for Washington. He was indeed, per historian James Thomas Flexner, the indispensable man; per biographer Richard Brookhiser, the founding father. …”

Read More of the Article

We are pleased to introduce you to the newest members of our Freedoms Foundation team – Dr. Jeff Scott…

We are pleased to introduce you to the newest members of our Freedoms Foundation team – Dr. Jeff Scott…